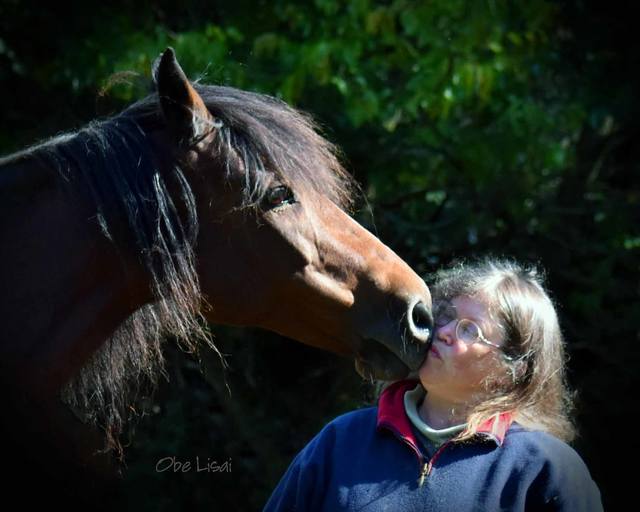 I grew up passionate about three things—horses, reading, and (from fifth grade on) writing. I've been riding since I was six, began training my own young horse at age thirteen, and sold my first horse story when I was twenty. My first book, Keeping Barney, was published in 1982. Since then I've written 40 more books, including picture books, early readers, middle-grade and YA novels, poetry, and nonfiction for children and adults. When I'm writing a horse story, which is what I do most often, it's for my best friend Pat and me, those little 4th graders walking to the library with our class every Wednesday, hoping against hope to find a new horse book.

In 1981 I married Michael J. Daley, whom I'd known since high school. In 1984, influenced by Thoreau's Walden and Al Gore's Earth in the Balance, we built a small off-grid cabin in the woods next door to my family's farm in southern Vermont. We still live there, with pets and chickens, while our Morgan mares live down on the farm. In my environmental writing, currently for the wonderful bi-monthly newspaper Green Energy Times, I write for Michael and me, those kids in their twenties who took to the woods, determined to live lightly on the land.

What I know now is that a decent frugality is only half of the solution. The soil can save us. Plants can save us. Microbes building 'cathedrals underground'* can cool the Earth and regenerate her bounty. There is more abundance and creativity in nature than we have begun to imagine. This is my new passion, and nothing gives me more hope.
As I head into my sixties, I've been moved to hear from women who grew up on my books. Some of them now have Morgan horses because of Keeping Barney, and some are raising their own children on my stories. I still live the life I did as a child, so it surprises me to have this grandmotherly role in the world, but it is also deeply pleasing. I believe in the sacred, private relationship between the book and the reader. An author is only necessary once, to get the book out there in the world. From then on, the book has it's own life—rather like a grown child on a round the world odyssy. It's nice, though, to occasionally get a postcard. 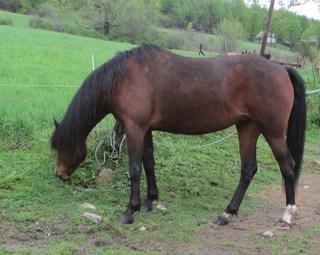 My darling Morgan mare, River Echo Red Robin, by River Echo Hamilton. Lots of Flyhawk on her dam's side.